Du er her: InterCat About InterCat Laboratories Laboratory for Astrochemistry and Reactions on Surfaces The Big Chamber

The Big Chamber has a long history originally being developed as a molecular beam scattering chamber. More recently the chamber has been used to measure the thermal desorption of polycyclic aromatic hydrocarbons (PAHs) from graphite, along with measurements demonstrating the catalytic role of PAHs in interstellar H2 formation.

The chamber has 3 levels devoted to pumping, sample preparation and analysis and routinely reaches a base pressure of 1x10-10 mbar. Samples can be mounted on a water or liquid nitrogen cooled sample holder, with heating to temperatures in excess of 1200 K via electron bombardment on the rear of the sample. Alternatively, the sample can be mounted on a helium flow cryostat. In both cases, sample temperature control and monitoring is achieved with a cryogenic temperature controller (Lakeshore 336). Standard surface science analysis instrumentation including a rear view LEED optics, ion sputter gun and Auger electron spectrometer are available.

The system is equipped with two differentially pumped quadrupole mass spectrometers (QMS). A Pfeiffer Prisma QME 200 with a mass range of 1-200 amu is used for residual gas analysis and leak testing as well as for the detection of low mass thermal desorption products such as H2 and D2. The differential pumping shroud is terminated with a small orifice, permitting sensitivity to only to species desorbing from the surface of interest. In addition, a second QMS from Extrel CMS with a mass range of 1-500 amu is used for the detection of larger species such as polycyclic aromatic hydrocarbons. It can be operated in both analogue and ion pulse counting detection modes.

The experimental level also contains a rotatable ion detector and UV laser access window, providing the means with which to perform resonance enhanced multiphoton ionization (REMPI) measurements to investigate the internal energy of desorbing species. The chamber is also equipped with several viewports that can be used to expose samples to a range of light sources.

At present, the chamber is fitted with a hot capillary atomic hydrogen source (HABS), terminated with a quartz tube that allows cooling of the generated beam of atomic hydrogen. A Knudsen cell type thermal evaporator is used for deposition of low vapor pressure species such as PAHs. This is housed in a differentially pumped chamber allowing sample changing without breaking the main chamber vacuum. 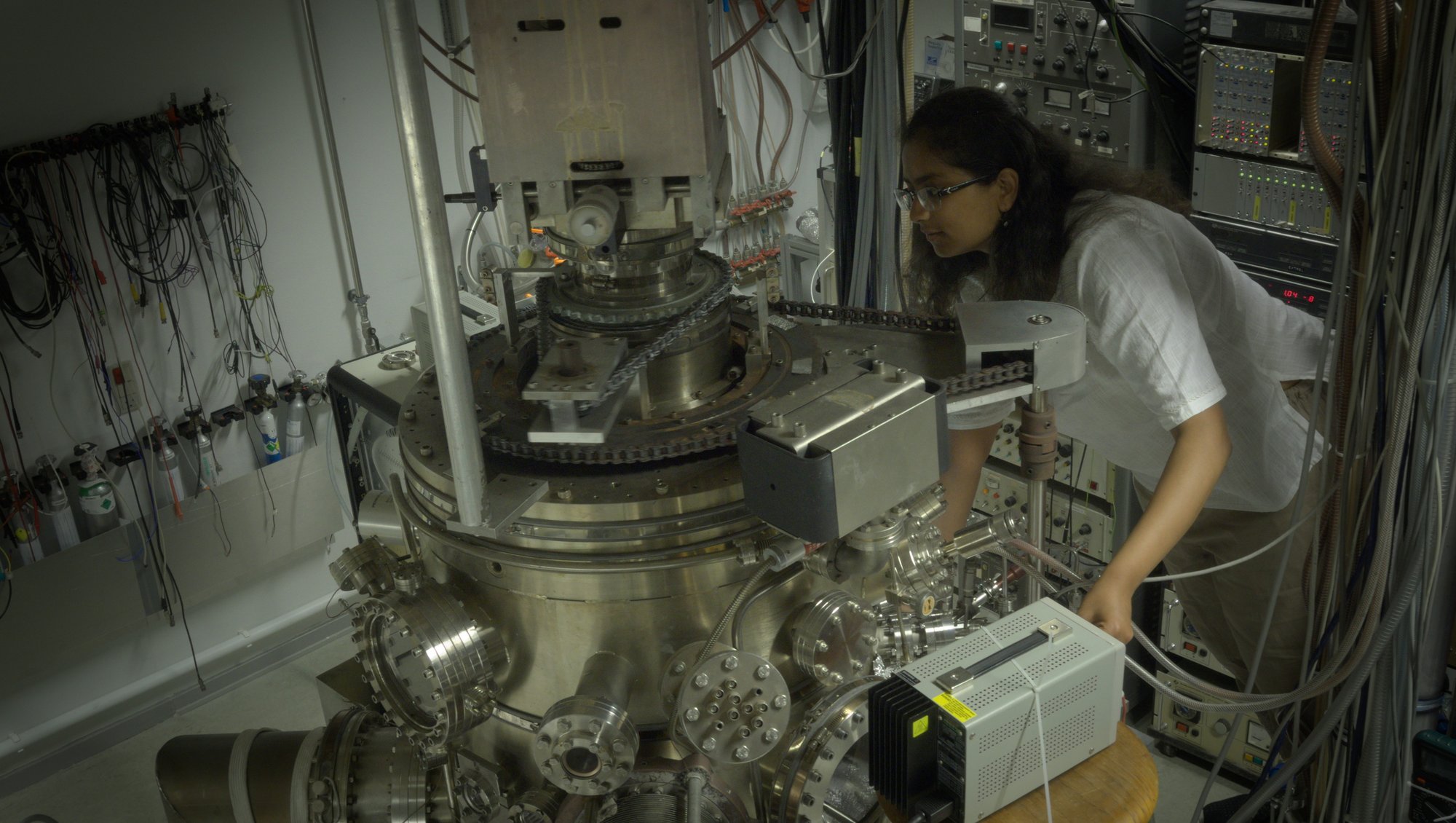 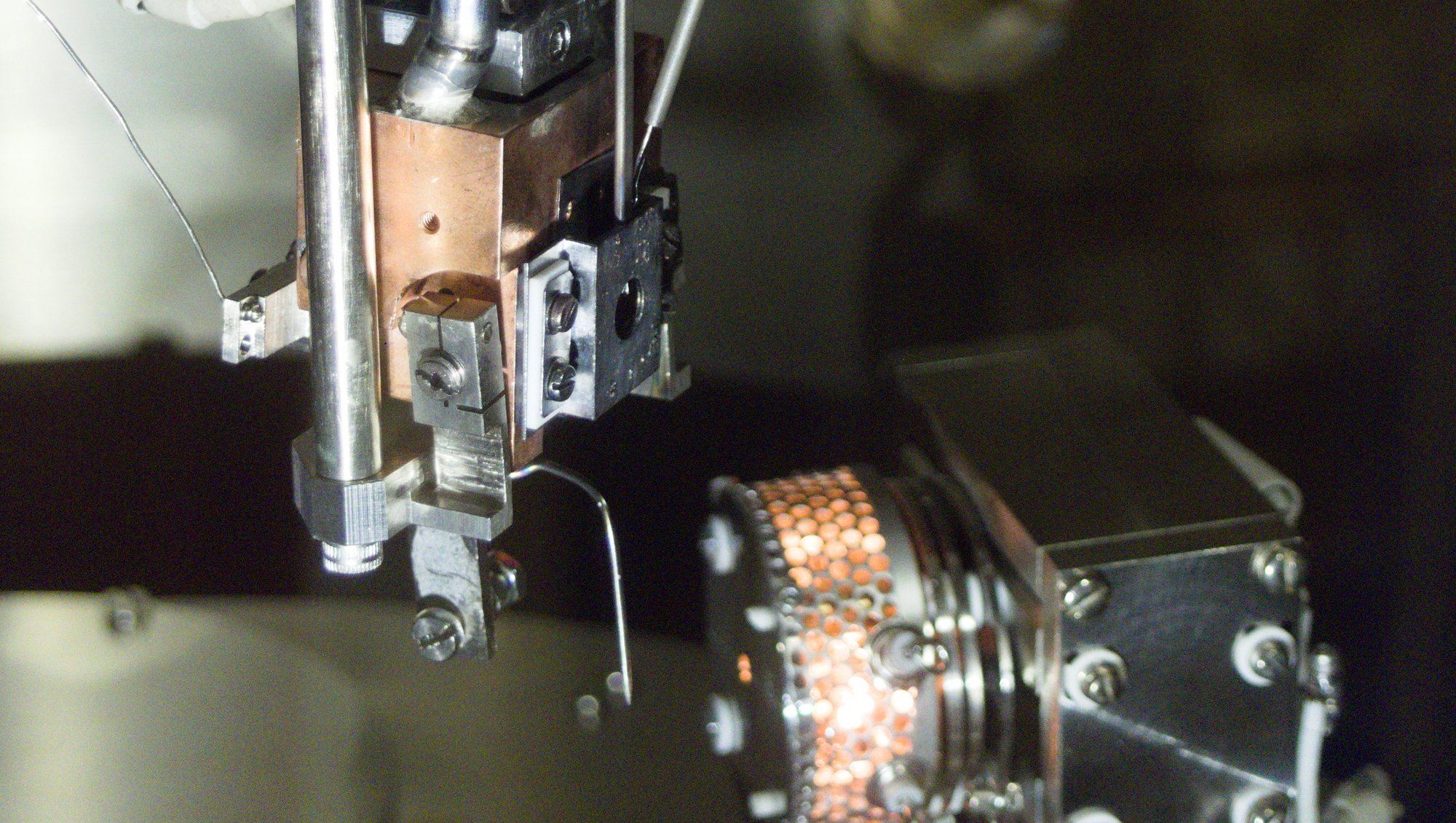 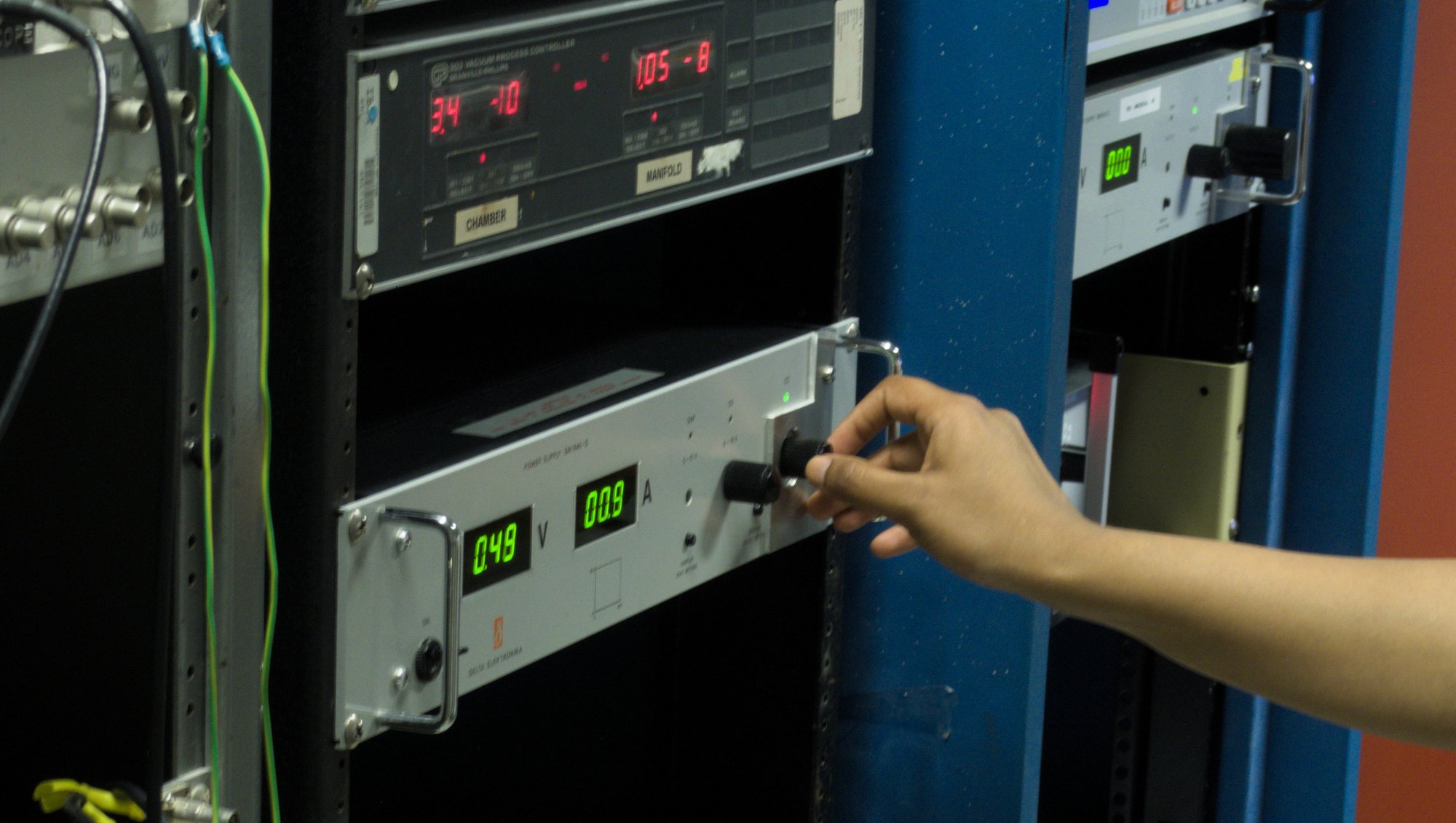 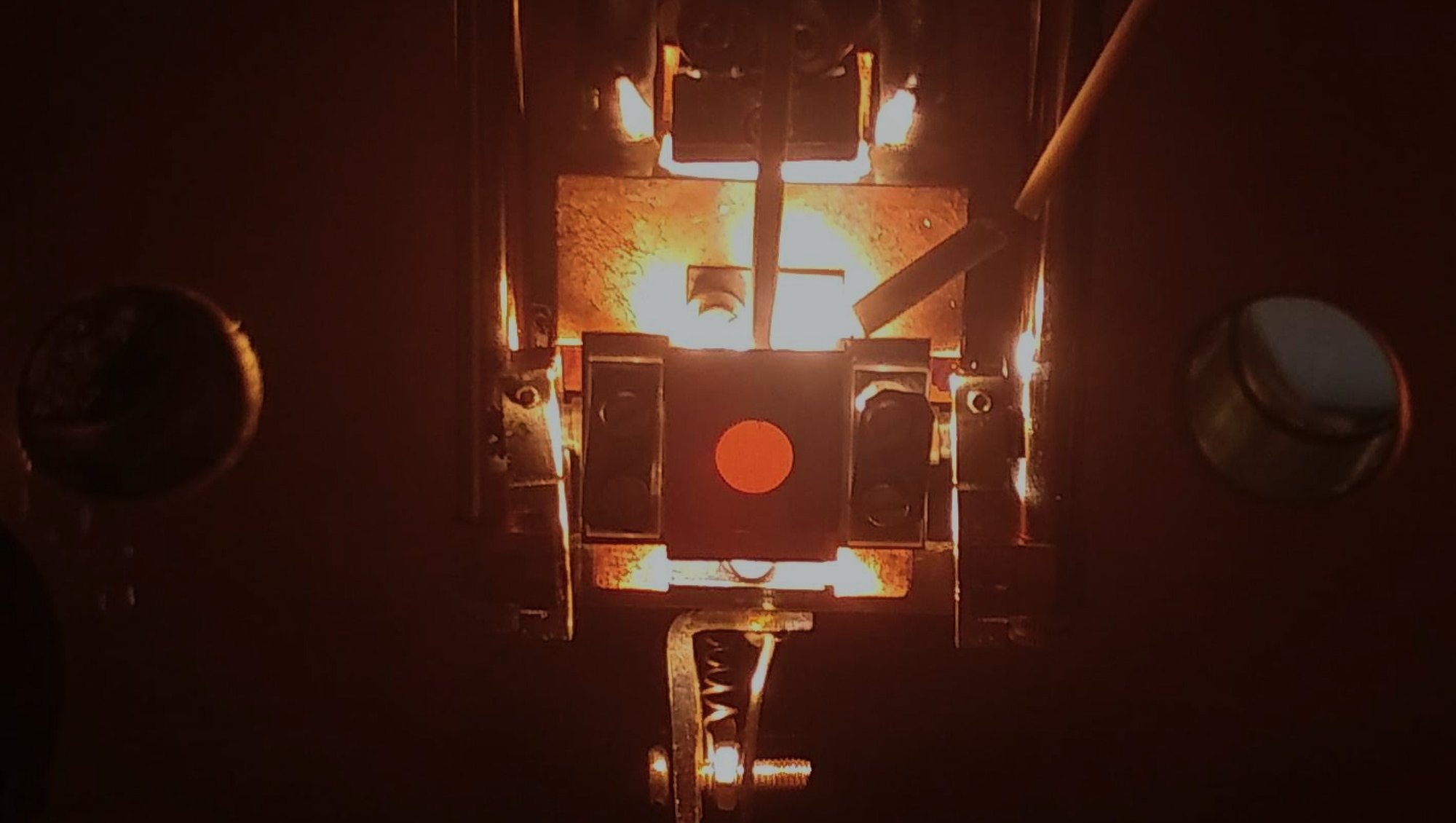 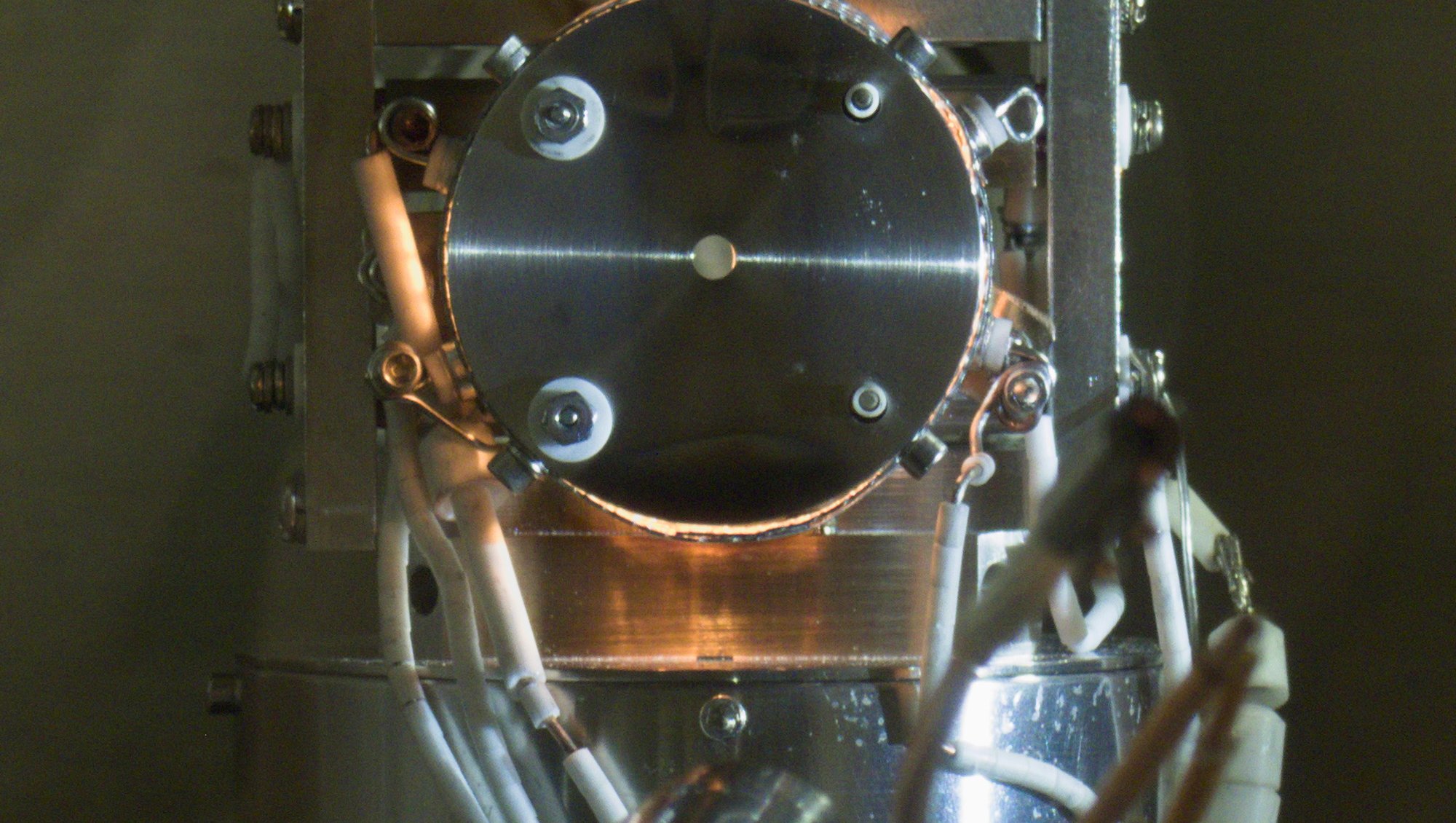 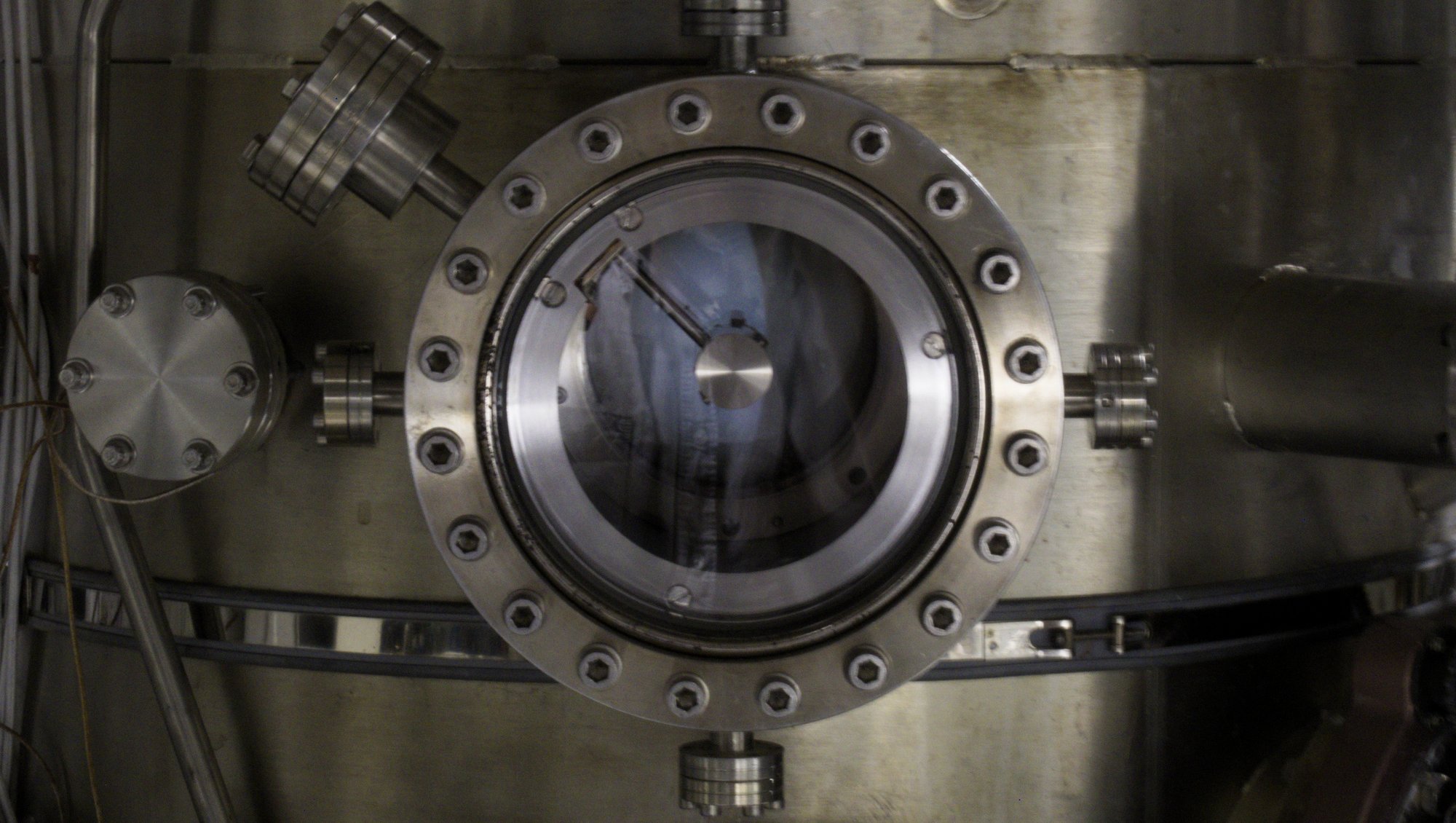