Researchers developed a versatile remote gaming interface that allowed external experts as well as hundreds of citizen scientists all over the world through multiplayer collaboration and in real time to optimize a quantum gas experiment in a lab at Aarhus University. Surprisingly, both teams quickly used the interface to dramatically improve upon the previous best solutions established after months of careful experimental optimization. Comparing domain experts, algorithms and citizen scientists is a first step towards unravelling how humans solve complex, natural science problems.

In a future characterized by algorithms with ever increasing computational power, it becomes essential to understand the difference between human and machine intelligence. This will enable the development of hybrid-intelligence interfaces that optimally exploit the best of both worlds. By making complex research challenges available for contribution by the general public, citizen science does exactly this. Numerous citizen science projects have shown that humans can compete with state-of-the-art algorithms in terms of solving complex, natural science problems. However, these projects have so far not addressed why a collective of citizen scientists can solve such complex problems. 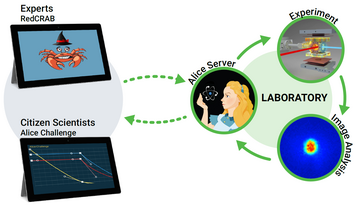 An interdisciplinary team of researchers from Aarhus University, Ulm University, and the University of Sussex, Brighton have now taken important first steps in this direction by analyzing the performance and search strategy of both a state-of-the-art computer algorithm and citizen scientists in their real-time optimization of an experimental laboratory setting.

In the ‘Alice Challenge’, R. Heck and colleagues gave both experts and citizen scientists live access to their ultra-cold quantum gas experiment. This was made possible by using a novel remote interface created by the team at ScienceAtHome, Aarhus University. By manipulating laser beams and magnetic fields, the task was to cool as many atoms as possible down to extremely cold temperatures just above absolute zero at -273.15°C. This so-called Bose-Einstein condensate (BEC) is a distinct state of matter (like solid, liquid, gas or plasma) that constitutes an ideal candidate for performing e.g. quantum simulation experiments and high precision measurements. Both groups successfully used the remote interface to improve on previously optimal solutions. In this first ever citizen science experimental optimization challenge with real-time feedback the researchers further quantified the behavior of citizen scientists. They concluded that what makes human problem solving unique is how a collective of individuals balance innovative attempts and refine existing solutions based on their previous performance.

The Alice Challenge can be seen in operation in this YouTube video. 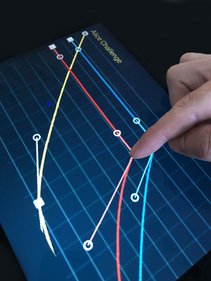 The research is presented in the current issue of the Proceedings of the National Academy of Sciences of the United States of America (PNAS).

The paper, titeled Remote optimization of an ultracold atoms experiment by experts and citizen scientists,  can be found here.

A longer version of this press release can be found here.